Understanding and Handling the Onset of Hay Fever 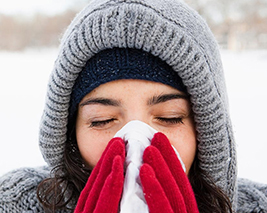 Understanding and Handling the Onset of Hay Fever

For anyone who suffers with it, hay fever can be a very annoying issue, causing you to feel miserable and even affect your performance at work or school. It can even cause many people to stay inside on days that they would rather be outside and enjoying some time with friends and family. While it has a number of symptoms that mimic colds, allergens cause hay fever rather than a virus. These allergens could be indoor or outdoor allergens.

Some of the common triggers for hay fever are seasonal. This includes pollen from trees and grass in the spring and summer, and ragweed pollen in the fall. Fungus can also cause these symptoms in many sufferers, particularly during warm weather. In addition to seasonal triggers, some are actually year round. These can include dust mites, pet dander, and spores from year round plants and fungi.

What Are The Symptoms Of Hay Fever?

Hay fever has a variety of signs and symptoms you will experience, and these will generally set in very shortly after exposure to one of the triggers. Some of the most common symptoms include runny noses, congestion, sneezing and coughing, watery eyes, itchy eyes, sinus pressure and actual pain in the face, itchy nose or throat, swollen skin under the eyes. Sometimes, right below the eyes, the skin will discolour and take on a slightly bluish tint as well.

Do You Need A Doctor?

If you feel that you may have hay fever, but you have never received a diagnosis, then you should get in touch with a medical professional. If you find that the symptoms continue, and you already know you are a sufferer, then a doctor may be able to prescribe another treatment or medicine that will help. Another time that you might want to see a doctor is if you are taking allergy medicines that work for the allergy, but they are causing side effects. Again, the doctor may be able to give you alternative treatment and medicine options.
Some people grow accustomed to dealing with hay fever, but it still may be a good idea to see a specialist. If the symptoms are particularly severe or you want to find out if allergy shots are an option for you, then a specialist is certainly the best option.

A recent study showed that more than 12.5 million people who were over the age of 20 in Britain were suffering from hay fever, and they expect that the number will continue to rise. Hay fever was generally an allergic condition that affected younger people more often, but there is quite a rise in the number of adult onset sufferers in the United Kingdom, and in other parts of the world. This number has been trending upwards for decades.

The best way to treat your hay fever is to know the triggers that get to you and find ways to avoid them whenever you can. If pollen is a particular problem, take steps to prevent exposure as much as possible. Sometimes, for those who have minor symptoms, over the counter medications such as antihistamines and decongestants may be all they need to take care of the problem. Other times, a prescription might be the only alternative. It all depends on your particular symptoms and what your doctor feels is the best course of action. Allergy shots and sinus rinsing are two other options that might work for you, as well. Again, be sure to ask your doctor about the best way to deal with your hay fever issues so you can get the relief you need.